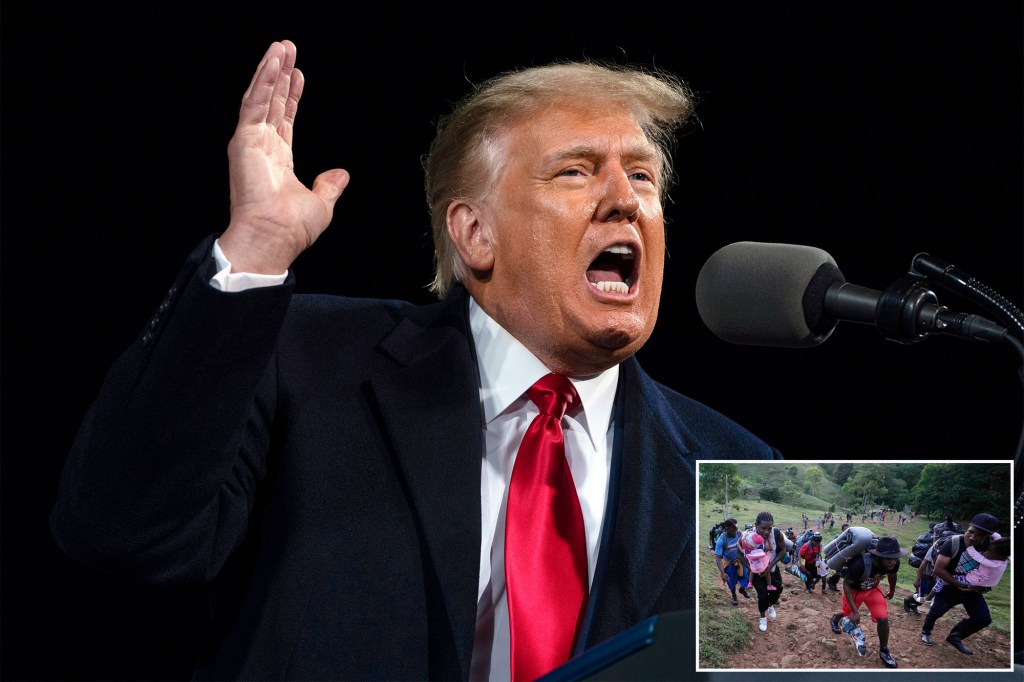 Former President Donald Trump suggested without evidence Thursday night that thousands of Haitian migrants who are reported to be heading for the US-Mexico border are afflicted by AIDS.

“We have hundreds of thousands of people flowing in from Haiti,” Trump told Fox News’ Sean Hannity. “Haiti has a tremendous AIDS problem. AIDS is a step beyond. AIDS is a real bad problem.

The Joint United Nations Programme on HIV/AIDS estimates that 150,000 Haitians are living with the virus that causes AIDS. However, many of those who are reportedly heading for the US-Mexico border are believed to be coming from countries in South America, having left Haiti following the devastating earthquake in January 2010.

Late last month, Panama’s foreign minister suggested that up to 60,000 migrants, many of them of Haitian origin, are making their way toward the southwestern frontier. The claim was made by Erika Mouynes days after the Biden administration cleared thousands of more migrants out of a temporary encampment under a bridge in Del Rio, Texas. Approximately 5,000 of those who arrived at the border were sent back to Haiti by border authorities on a series of deportation flights.

Trump also alleged that dozens of countries were “emptying out their prisons into the United States,” in an echo of some of his infamous anti-immigration rhetoric from the 2016 campaign.

“Some of the toughest people on earth are being dumped into the United States because they don’t want them,” he said. “They don’t want to take care of them for the next 40 years. So these people that are the roughest prisoners there are anywhere are being dumped into the United States for us to take care of. What are they doing? They’re destroying our country.”

Later in the interview, Trump spoke out against COVID-19 vaccine mandates for people who have already had the disease, telling Hannity that Americans “have to have their freedoms.”

The former president also spoke out against the Justice Department’s move this week to crack down on purported threats against school board members and other administrators — but stopped short of directly criticizing Attorney General Merrick Garland.

“He’s a respected man. I hope he’s going to do what’s right,” Trump said of Garland. “This country is at a breaking point. This country is not going to stand for it any longer. But he’s somebody that has always been highly respected. He happens to be on the liberal side of things, and hopefully he’ll do what’s right. But Sean, the country can’t take much more of it. They can’t do it.