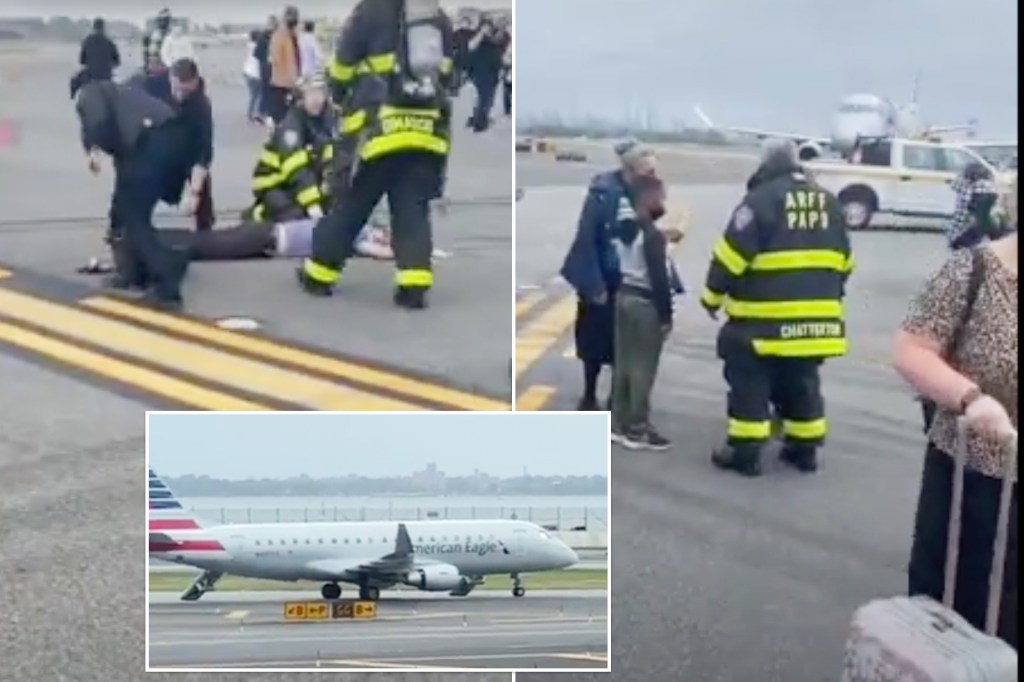 An unhinged passenger caused chaos at LaGuardia Airport Saturday, forcing the evacuation of the plane onto the tarmac when he claimed to have a bomb, according to Port Authority officials and police sources.

The incident happened before 3 p.m. aboard Republic Airlines flight 4817 from Indianapolis, when the unidentified passenger made the terrifying claim, sources said.

“People were yelling ‘bomb, bomb, bomb!’ The slide opened up and I jumped. Everyone ran. People got injured from the slide because people were panicking and shoving. They were falling off left and right.”

“I don’t know if the bomb was fake or real but he did say he had one.”

All passengers were evacuated a little after 3pm as firefighters waited for bomb squad officers to show up.

A spokesman for the Port Authority said there was no indication of a threat to the plane.

American Airlines, which operates Republic, confirmed a “potential security issue” on board.

Video on Twitter showed a man believed to be the suspect, spread-eagled on the tarmac after being arrested.