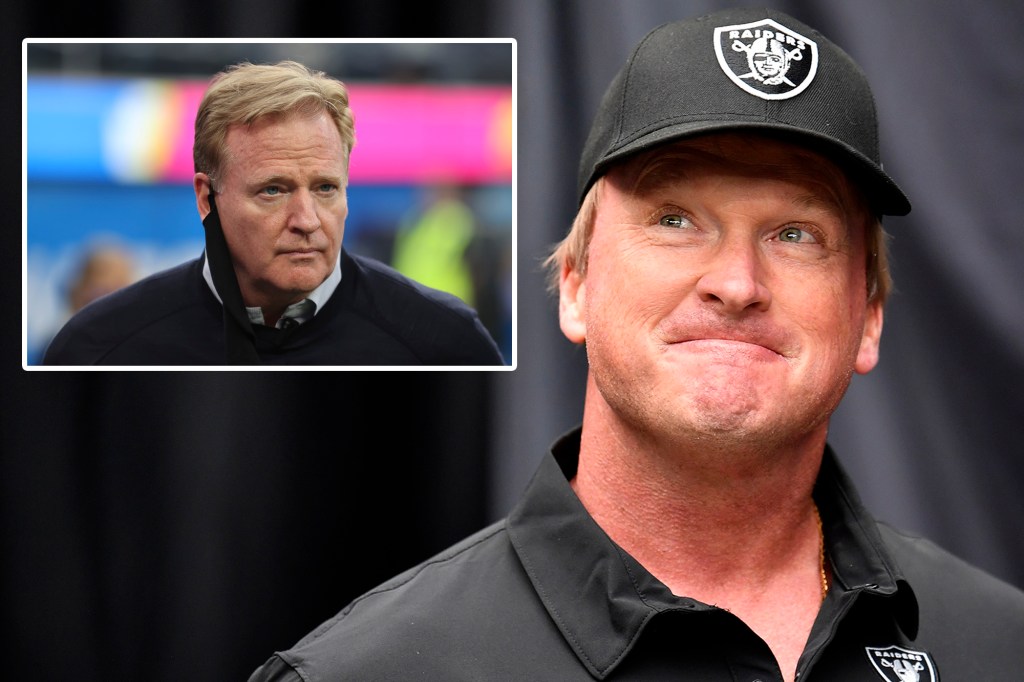 The unearthed Jon Gruden emails included him disparaging NFL commissioner Roger Goodell and team owners that were part of the 2011 labor disagreement that resulted in a lockout.

Gruden, the Raiders’ coach, confirmed the news to ESPN. At the time, he was a lead television analyst for “Monday Night Football.”

“I was in a bad frame of mind at the time [in 2011], and I called Roger Goodell a [expletive] in one of these emails too,” Gruden said. “They were keeping players and coaches from doing what they love with a lockout. There also were a lot of things being reported publicly about the safety of the sport that I love. I was on a mission with high school football [in the Tampa, Florida, area] during that time, and there were a lot of parents who were scared about letting their kids play football. It just didn’t sit well with me.”

Gruden declined to say which owners he was critical of. He said five to seven emails were flagged by the NFL and turned over to the Raiders. On Friday, the Wall Street Journal reported that included in one of the emails was a racist comment of Gruden referring to NFL Players Association executive director DeMaurice Smith. Gruden said he was “ashamed I insulted De Smith” but that he “never had a racial thought” at the time of sending the email.

The league is looking into potential discipline against Gruden even though he was not employed by the NFL nor one of its teams at the time. Gruden has spoken to owner Mark Davis about the matter, and Davis said on Friday the email was “disturbing” and “not what the Raiders stand for.” NFL spokesman Brian McCarthy was critical of Gruden, saying the content of the email was “appalling, abhorrent and wholly contrary to the NFL’s values.”