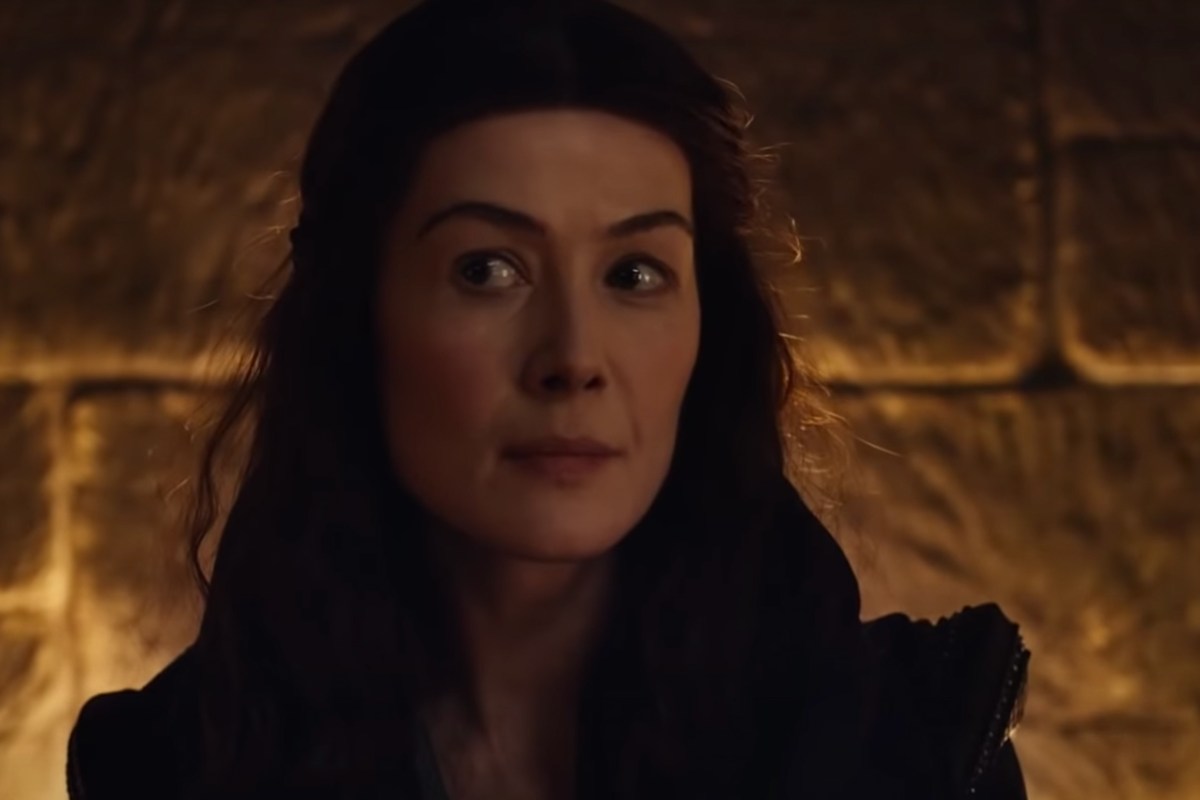 The Wheel of Time is based on author Robert Jordan’s epic fantasy series. Moiraine is part of a powerful all-female organization known as the Aes Sedai. In the first book, The Eyes of the World, she and Lan travel to the rural farming town of Emond’s Field, in hopes of figuring out if one of the young residents is the mythic “Dragon Reborn” — a reincarnation of a legendary figure who will either save or destroy the world.

Just before Moiraine and Lan arrive, local boys Rand and Perrin are discussing their friend Egwene, and an upcoming ceremony that has something to do with the local Women’s Council (lots of fantasy worldbuilding to catch up on!). The clip also gives fans their first look at the Aes Sedai ring, which features a gold serpent eating its own tail to represent the never-ending wheel of time.

So, will Moiraine find the Dragon Reborn? And what’s up with the Aes Sedai, anyway? You can find out when the first three episodes of The Wheel of Time hit Prime Video on November 19. After that, new episodes will premiere weekly on Fridays. Scroll up to watch the latest clip.