Chiefs superfan X-Factor gets knocked out in viral video 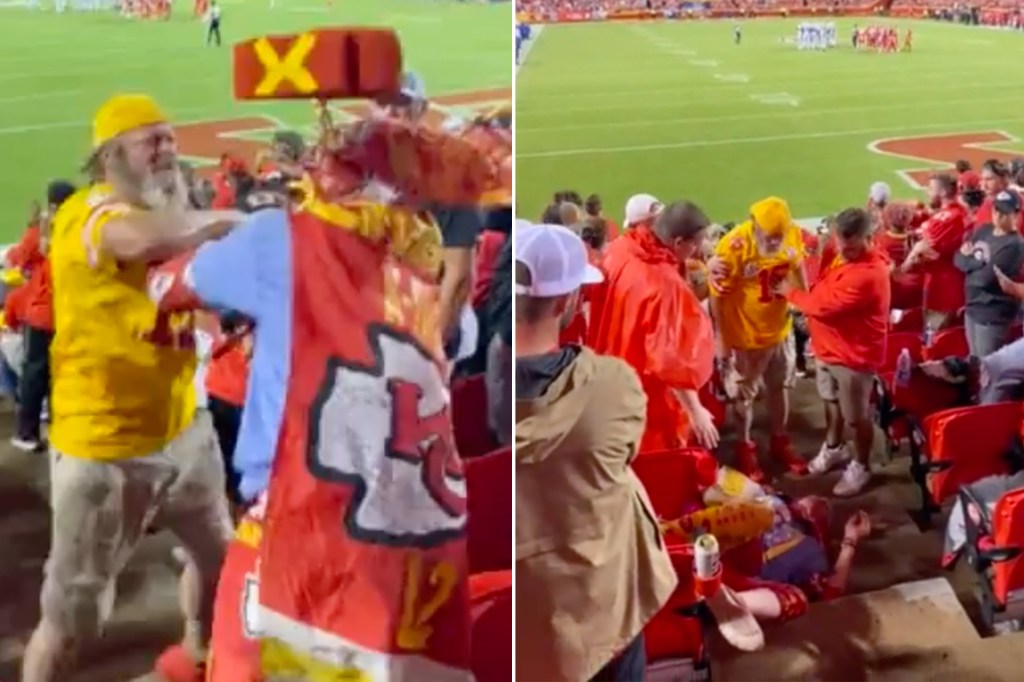 A Chiefs superfan known as “X-Factor” went viral during Sunday’s loss — but it wasn’t due to his signature red and gold threads.

The diehard Kansas City fan, née Ty Rowton, was involved in an altercation with another Chiefs supporter, who appeared to knock him out — sending X-Factor tumbling down a set of stairs at Arrowhead Stadium.

On Sunday night, Twitter user “Chiefs John” shared a clip from the incident, which occurred in the first half of Kansas City’s 38-20 loss to the Bills.

It’s unclear what started the scuffle, and whether or not stadium security or police were called.

When asked by a Twitter user for “context” about the clip, Chiefs John replied, “X factor threw a bottle of water at guy in yellow. Guy in yellow walked up and decked him without saying a word.”

A separate clip, shared by Miles Neider, showed X-Factor lying on the ground as surrounding Chiefs fans checked on him. He appeared to be holding his head.

Another photo showed X-Factor sitting in a wheelchair with his red headgear on his lap.