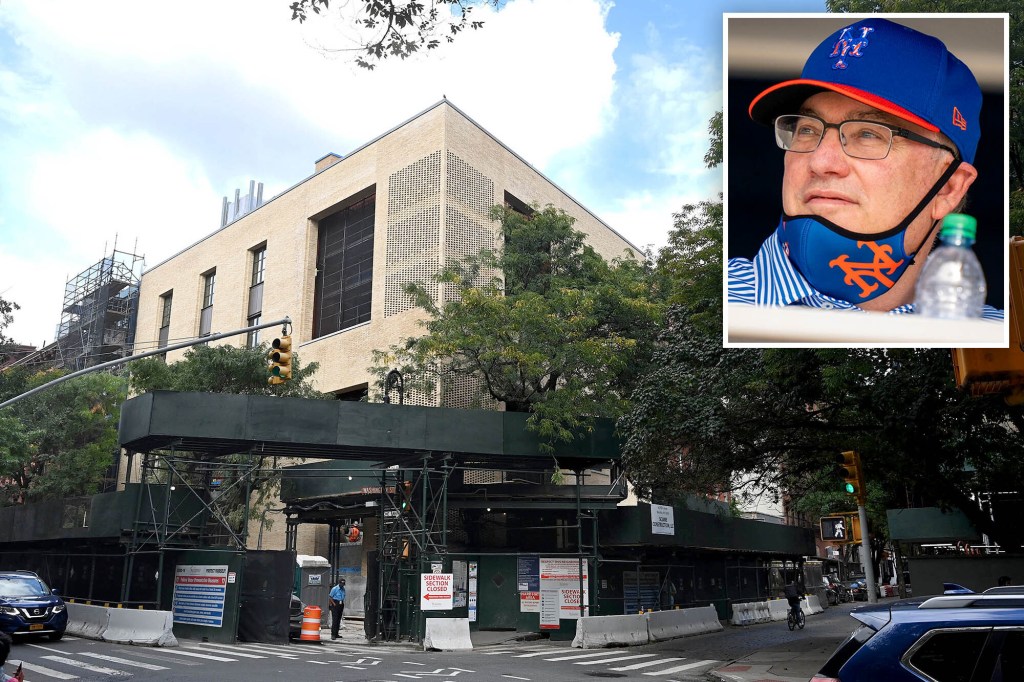 Cohen’s kingly compound consists of a newly built townhouse mansion at 145 Perry St., plus an adjacent building — just for his kids — at 703 Washington St.

Critics have called it a fortress and a middle-finger to the tony area.

“I was stunned,” said one neighbor out walking his dog. “It looks like a giant white whale has finally been unveiled.”

“It’s not what we thought was appropriate for the neighborhood,” said Andrew Berman, executive director of the Greenwich Village Historical Preservation Commission. “The city criticizes us and our neighborhood for a lack of affordable housing and then approves megamansions. The mayor is speaking out of both sides of his mouth.”

Billionaires have been gobbling up adjacent West Village spreads and combining them to create truly gigantic homes for some time. For example, Facebook co-founder Sean Parker owns Nos. 26, 38 and 40 on West 10th Street. (Parker bought the townhouses separately for a combined $58.5 million and then spent tens of millions more to renovate.)

But this is different because it is ground up construction, Berman said. “We pushed back. It’s our hope that this isn’t the future,” Berman added.

At first, the compound was supposed to be a seven-story, 93-room hotel. Then it was pitched as two $20 million, six-story townhouses. Now, the addresses are Cohen’s personal castle, designed by Leroy Street Studio, with Robert Silman Associates Structural Engineers.

The bronze, terracotta and wood mansion is a staggering 30,000 square feet with four levels that include a cellar, a landscaped roof deck, a curving staircase, fireplaces, elevator and rear garden.

There was outrage when the city’s Landmarks Preservation Commission signed off on the plan in 2017.  But these days, some neighbors are feeling more comfortable with the fortress.

Daniel Schindler, a “very young” 88 year-old veteran, who lives across the street, has been photographing the compound since construction began a few years ago.

“I was having a good time watching it being erected,” said Schindler, a Mets fan, whose third-floor apartment looks out at the new house. “I wonder what the interior looks like. I’m very curious. When he moves in, I’m going to knock on his doors and introduce myself. I’ll ask to see the inside and see if he can invite me to his Chanukkah party.”

Still, he added, the mansion is out of place in the ‘hood.

“Let me put it this way, it would probably be a better fit in Washington, DC,” he said. “It looks very much like a federal building. It is a bit out of place.”